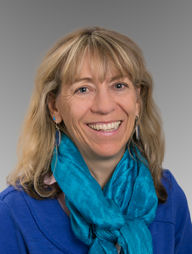 Ramsey Kropf, former Deputy Solicitor for the U.S. Department of the Interior, Water Resources Division, has joined the Somach Simmons & Dunn law firm as a shareholder.  She joins Michael Gheleta in the firm’s Boulder, Colorado office and will work as part of the law firm’s Western Water Practice.

Kropf has had a renowned career in water rights law and has been impacting some of the West’s most challenging water issues for over two decades.  At the Department of the Interior, she was the principal advisor to the Solicitor for all water resources issues, including Indian water rights settlements and litigation, reclamation law and water rights for the National Park Service.  In her post, she was also Counsel to the Secretary, Secretariat offices, Bureaus and all Departmental officials regarding water law.  Key matters she worked on included the Klamath Hydroelectric Settlement Agreement, Colorado River negotiations, New Mexico’s Middle Rio Grande issues, numerous Indian water settlements and water settlements for both Arches and Bryce National Parks.

An accomplished background in the private sector bolsters her public sector work.  She spent seventeen years with the Patrick Miller Kropf Noto law firm based in Aspen, Colorado.  Among her clients were municipalities, major resort developments and energy companies, and work as a judicial officer – serving as Special Master in Wyoming’s general stream adjudication.  She is admitted to practice law in Colorado, Arizona and Wyoming as well as the Federal District Court, Colorado, and the United States Supreme Court.  She has also served as Chair of the Water Resources Committee of the American Bar Association.

Kropf is a graduate of the University of Colorado School of Law/Business School, where she earned a joint J.D. and M.B.A. degree.  She also earned a B.S.B.A from the University of Denver.  You can contact Ramsey at rkropf@somachlaw.com, or by phone at (303) 449.2835.