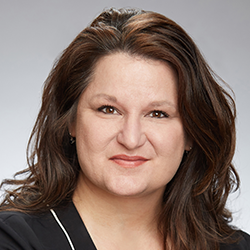 Theresa Barfield is the managing shareholder of Somach Simmons & Dunn. She has two decades of experience litigating large, complex cases and has built an impressive record of success for clients using every aspect of litigation at her disposal, including courtroom trials, binding arbitrations and favorable settlements.

Represent BBID in an enforcement action before the SWRCB, resulting in a dismissal of the complaint for the prosecution team’s failure to prove its case.