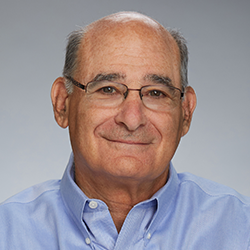 Stuart Somach’s career in water law has spanned over four decades, encompasses the entire Western United States, and has earned him a national reputation as one of the most respected practicing water law attorneys in the West. Among his career highlights are arguing before the U.S. and California Supreme Courts, testifying before Congress on water issues, and briefing the President at the White House.

Despite a long, prolific career working on most every category of water law issue, Mr. Somach continues to grow and expand his practice into new areas, both geographically and substantively. Over the last decade, Mr. Somach was called upon by the Central Arizona Water Conservation District to represent the Central Arizona Project and provide it with legal advice dealing with Colorado River issues. He was also retained by the State of Arizona to represent Arizona in negotiations that led to current operation of the Colorado River, and was retained by the Arizona Power Authority to represent it with respect to the allocation of Hoover power within Arizona.

Mr. Somach represents the State of Texas as Attorney of Record in an Original Action Texas brought against the State of New Mexico in the United States Supreme Court dealing with the 1938 Rio Grande Compact.

Mr. Somach developed his expertise in water law in law school and with tenures at the Department of Justice and the Department of the Interior. After serving in Washington, D.C., Mr. Somach returned to California and eventually founded the firm that has grown to become Somach Simmons & Dunn.

Through the years, he has had an effect on most every aspect of water law and reclamation law in California and in the West. His practice has involved transactional work, litigation, and the development of new policy as part of his involvement in the legislative process.