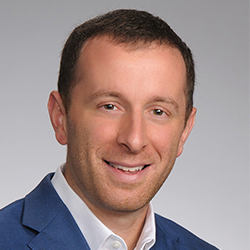 Richard S. Deitchman (“Rich”) is licensed in Oregon and California and focuses his practice on water rights and natural resources, including litigation in state and federal courts. With both a technical and legal background, Rich enjoys the interplay of issues that involve, for example, a water balance computer model and a 1909 water code.

Rich has worked on water rights issues that impact Oregon, Southern and Northern California, Texas, and New Mexico.  He is well-versed in the variety of water laws that affect water users and suppliers in the western United States, including pre-water code rights, reclamation law, tribal water law, the intersection of federal and state water rights, interstate compacts, groundwater law, and issues created from the impact of drought.  Rich is actively involved in the ongoing Klamath Basin Adjudication, and other matters involving water users on the Oregon-California border.

With a master’s degree in hydrology, Rich can work effectively with water experts, such as environmental engineers and agricultural economists, to pinpoint scientific and economic factors that play significant roles in water cases.  He also plays a key role in determining ways that litigation procedural issues can affect the results of water litigation.  Included in his experience is work preparing a water rights case that is pending before the U.S. Supreme Court.

Rich’s education has taken him to various areas of the country, including New York, Wisconsin, and Oregon, and he enjoys continuing friendships in those areas.  One long-distance affiliation he has maintained is a volunteer board position with a nonprofit in New York designed to raise funds to help children attend outdoor camp—an experience he had as a child that he enjoys passing on to others.

Lead trial and appellate counsel for senior water right holders in six-day state court trial regarding surface water – groundwater connection on the Klamath River.  Prevailed at trial, and upheld by the Oregon Court of Appeal.

Assist in representation of State of Texas in Original Action No. 141 before United States Supreme Court regarding interpretation and enforcement of the Rio Grande Compact, including motion practice and discovery.

Represent irrigation districts and growers in various federal litigation matters pertaining to the operation of the Klamath Reclamation Project.

Five Things for California Water Agencies to Know About COVID-19

Somach Simmons & Dunn intends to provide periodic updates regarding the potential impacts of the novel coronavirus (COVID-19) on operations for water agencies.  This first alert provides a summary of ... Read More