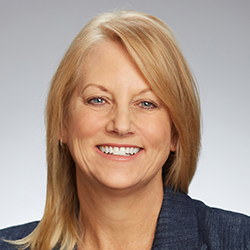 Clients turn to Kelley Taber to get practical, cost-effective solutions to environmental compliance and natural resource challenges. She helps public entities, developers, farmers, manufacturers, and other types of companies move projects forward, doing so in a manner that is at once compliant with law, environmentally responsible and meets an organization’s strategic goals.

Kelley has devoted much of her law practice to expertly navigating the California Environmental Quality Act (CEQA) and state and federal Endangered Species Acts. The projects she advances are as diverse as wastewater treatment plants, active adult retirement communities and the responsible administration of vector control programs. She is brought in to work with clients and their experts to solve environmental problems in ways that are efficient in both time and cost.

Some of her most interesting work occurs on matters where legal and scientific issues are uncertain. She can quickly identify areas in question and demonstrate ways the environment and client interests will be protected while solutions are implemented. Throughout her career in environmental permitting, she has followed advances in science, changes in policy and the ways the courts react to those factors. Her practice continues to grow to address evolving scientific and policy areas, such as groundwater management and multi-species habitat conservation planning.

Outside of work she spends time with her family—one she describes as a “baseball family in all ways.” A leader in community organizations, she has served as president of the area’s largest Little League for several years—a role that has helped her to enjoy the game even more. She has also been a longtime trustee of Sacramento Country Day School, serving as Board President for many years.

Represent the City of San Bernardino Municipal Water Department in obtaining a Low Effect Habitat Conservation Plan in connection with providing a supplemental water supply for the benefit of the Santa Ana sucker in the Santa Ana River.

Advised the California Department of Corrections and Rehabilitation on compliance with the state and federal Endangered Species Acts related to development of the Kern County at Delano II State Prison.

Represent developers in the Santa Nella Community Specific Plan, Merced County, in the acquisition of water supply for 1,600 residential units and mixed use development.

Represent the City of San Bernardino Municipal Water Department in water rights and endangered species permitting for a wastewater recycling and groundwater recharge project including successful resolution of protests to wastewater change petition and CEQA litigation.

On behalf of one of the largest U.S. poultry processors, negotiated settlement with U.S. EPA of threatened litigation under federal Emergency and Community Right to Know Act (EPCRA), including significant reduction in penalties through development and approval of Supplemental Environmental Projects (SEPs).